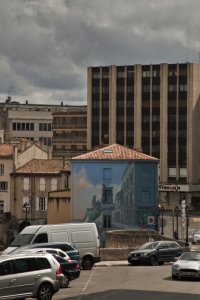 Went to Angouleme for lunch today, its the weekend of the Tour de Remparts and the Rallye de Charente, so lots of lovely cars. We had a quick look round but it was getting near to lunch time and there were quite a lot of people about so food was more of a priority than cars.

The booking hall was open to book a seat for Sundays racing round the town, I have never seen it, but I will one day. 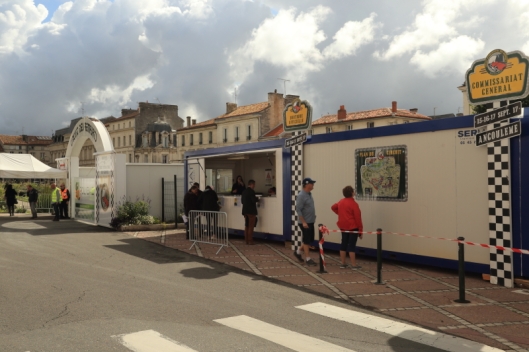 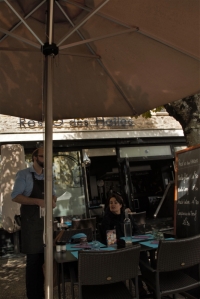 We chose a restaurant with seats by the road so I could enjoy food and cars at the same time. It was the Resto des Halles, opposite les Halles as you might expect. The food was excellent and it was sunny and there were quite a few cars passing by.

All around it was cloudy and a massive storm was brewing to the north, we just  got back to our car as it started to rain and leaving Angouleme it was hammering down…. not so good for the open top cars. 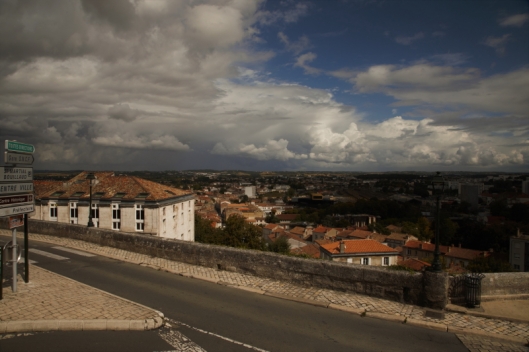 Here are some of the cars we saw whilst eating my Moule picante. ( had spicy sausage with it and almost burnt onions… very tasty.) This is a Triump TR6 we had one of them years ago, ours was  chocolate and cream colour. 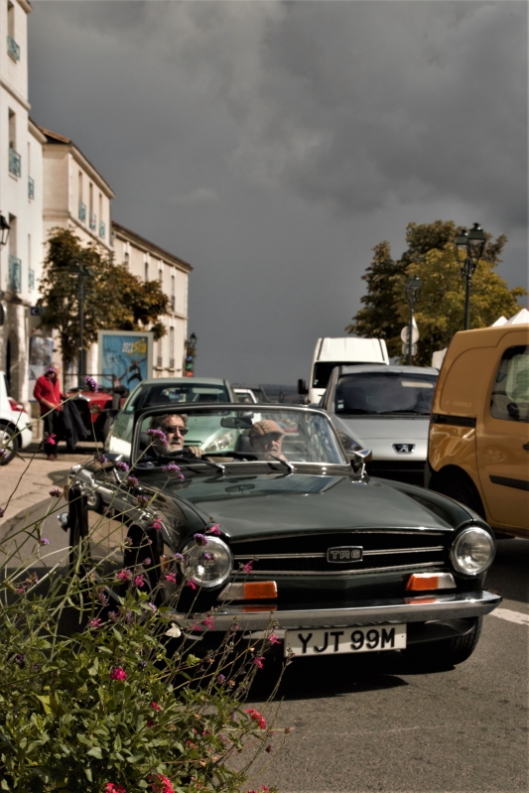 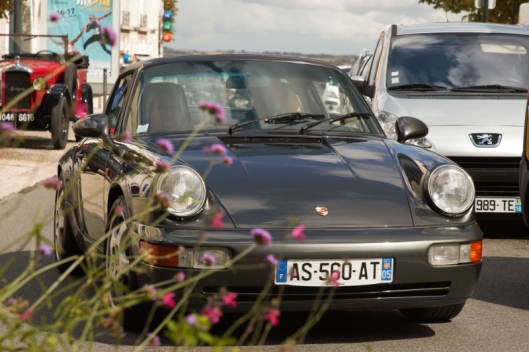 We had the one before and the one after.

Lotus 7, never had one of them. This one was driven by a very old lady, well 75 plus and why not said Anita. 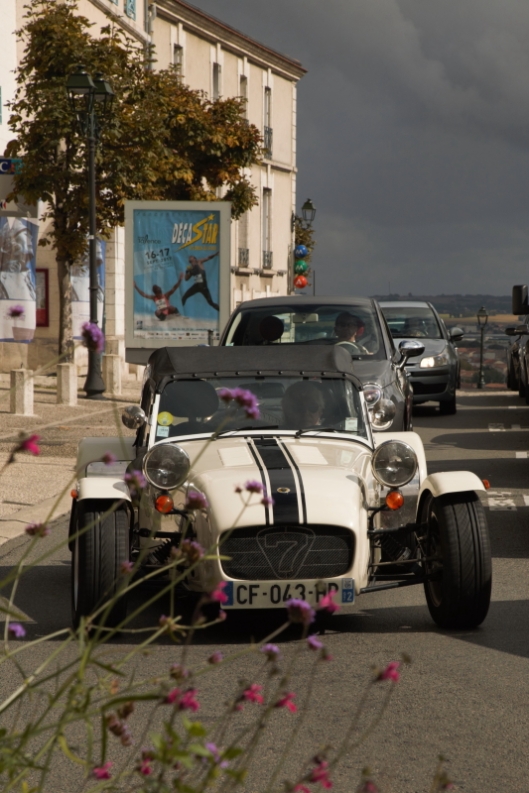 There were quite a few Jaguars about, we never had this model but we did have two XJS’s. I did catch  site of a nice XJS convertible but it was some way off and lots of other traffic about. No doubt see it tomorrow when we will be photographing the cars on the Rallye. 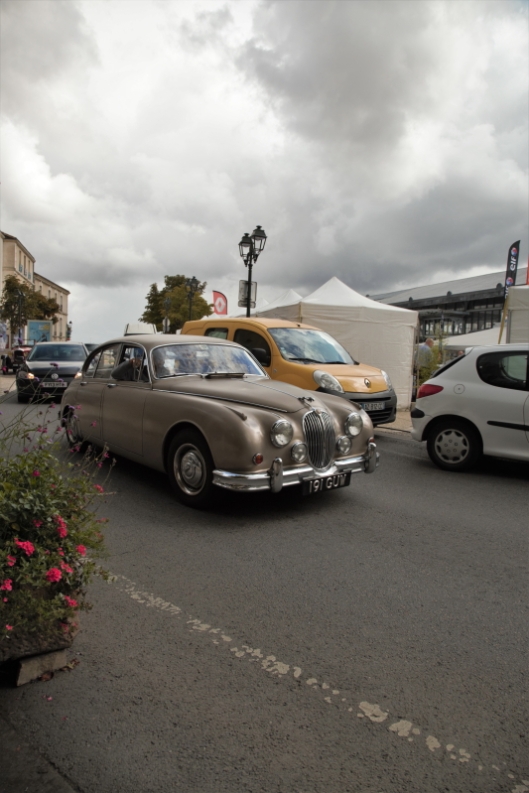 This one (actually there were two of them) roared past, I do not know what it is but suspect it is one for the racing on Sunday. 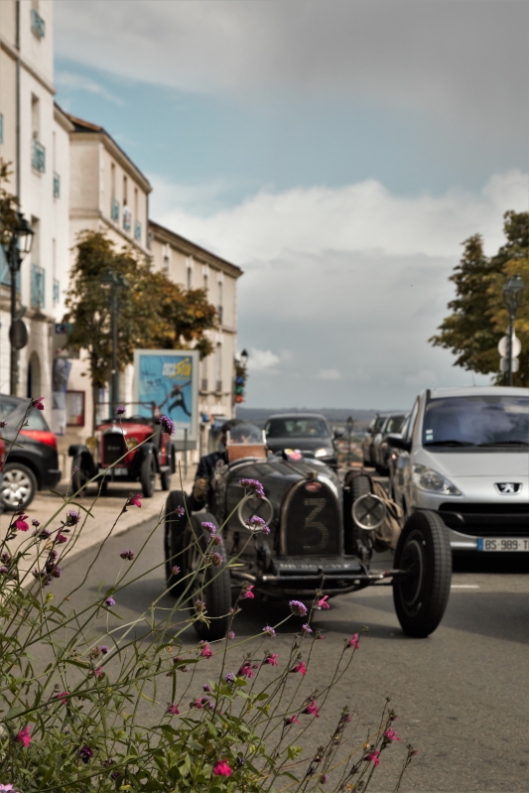 This BMW was also quite noisy, we have recently come to be BMW owners, first was a 3 series then a 5 series and now we have a 420 coupe, very nice and as near to a Porsche as I will get for the foreseeable future after the last one let me down big time. 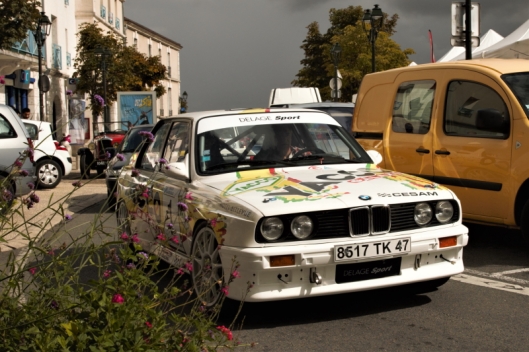 Maybe this next car  would be a possibility in the future, they hold their value quite well, but insurance is a bit high and repairs/servicing can be a tad expensive. 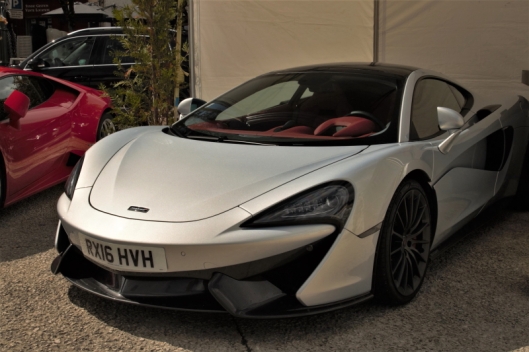 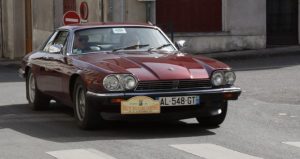 The route for this years rallye has been announced and here it is… In two parts, the morning section, then they stop for lunch and then the afternoon section. If you would like to check out the official site then here is a link to it Rallye International de Charentes 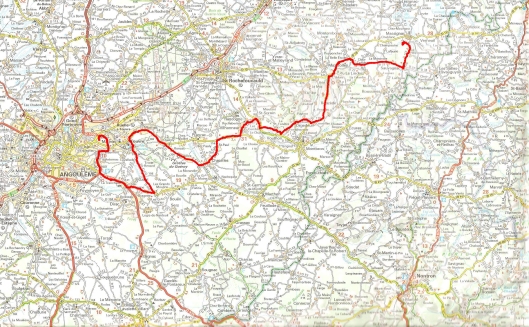 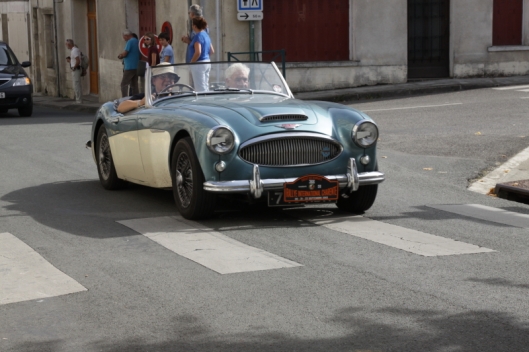 The route is not published until very close to the date, why? I do not know.

So far this is what I know.

When I find the route I will put it on this blog. Unfortunately I will not be able to watch all those beautifull cars in the wonderful Charente countryside this year but photos from 2013 and 2012 are on this blog so you can see what is in store. This is the 75th year of the Circuit de Remparts event in Angouleme so I expect it will be even better than usual. Lets hope the weather is good. 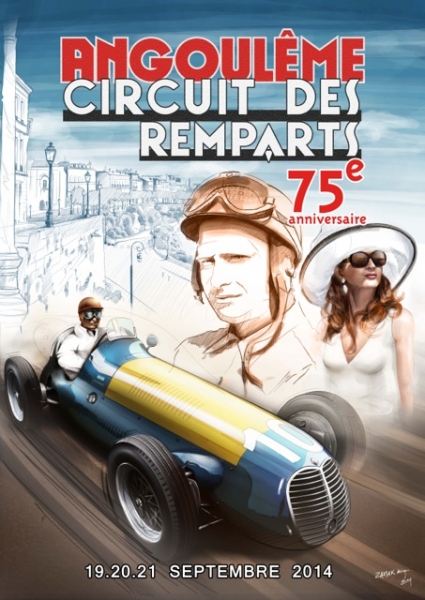 Its time for the vintage, veteran and classic cars to descend on Angouleme again. 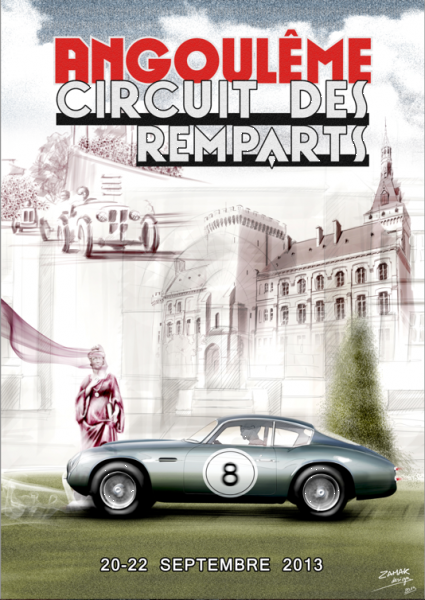 This weekend (20th,21st and 22nd of September 2013) is when it all happens and the meto says its going to be good well OK Saturday and brilliant on Sunday but Friday is going to be a bit of a trial. 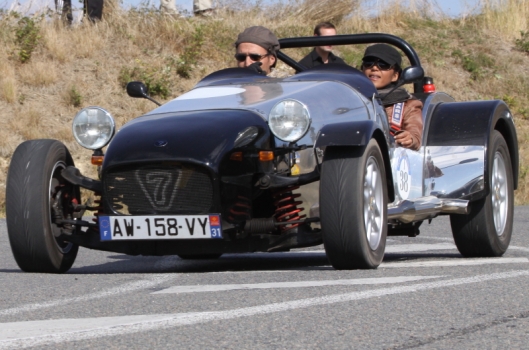 So I will go to a good spot for the Rallye, this is on 21st September and the route will be published tomorrow ( Thursday)  why do they leave it so late?? I will take loads of photos and they will appear on this site a few days latter so if you are in the rallye then there is a good chance I will photograph you and of course your wonderful voiture. Last year I had problems with my lens and had to take all the photos with a 300X telephoto! they turned out OK but it was a bit silly sitting a long way from where I wanted to photograph the cars and then ending up with close ups. So if you see a grey haired Englishman and his beautiful wife sat at the side of the road about 10 Km from the finish, give us a smile and a wave and it will make the photo of your car look even more wonderful. By the way all last years photos, (and there are hundred’s of them), can still be viewed on this site by looking at  https://poitoucharentesinphotos.wordpress.com/rallye-international-charente/ 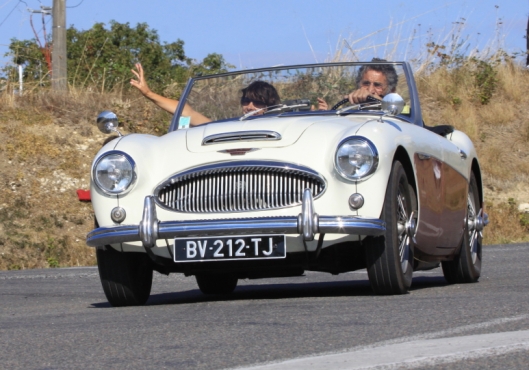 I am also hoping to go to the racing around the Remparts this year and of course will be taking photos of that. So if you are competing do check out this site a couple of days after the event.